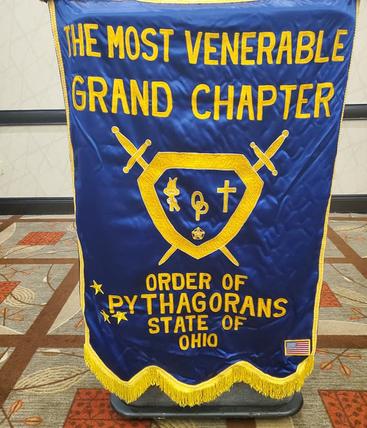 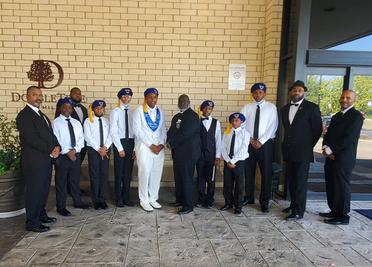 "The Home of Grand Masters"

The Order of Pythagorans is an organization for boys, from the ages of 10 through 18. It is sponsored by and under the supervision of the Most Worshipful Prince Hall Grand Lodge of Ohio.

It was instituted in Ohio on April 11, 1945, and was named after Pythagorus, who was a noted Greek philosopher and mathematician, who traveled extensively throughout many continents in search of higher learning and knowledge.

Membership is not limited to sons or relatives of Freemasons, but to any boy of good character in the proper age range. He may be recommended by a Master Mason, Eastern Star, a fellow Pythagoran or anyone who feels that our program will benefit a particular young man. The Order of Pythagorans is not a Junior Masonic Order, but is merely under Masonic supervision.

The paramount aim of the Order is to serve the Youth of our community with a well-organized and supervised program to promote health, social activity, educational, vocational, character, and all-around development of boys throughout Ohio, while building better sons of today, and men of tomorrow.

The Ritual is the focal point of all of the Order's programming. Through it, the candidate in his initiation into the Order is presented impressive lessons. This investiture thus attempts to symbolize and teach reverence for God, love and honor his parents, righteous thinking, purity, patriotism, toleration, courtesy, personal health, education, friendship and constancy. A Pythagoran’s aim is to become a better son, a better youth and citizen than ever before.

The Companions hold meetings in what are called "Chapters". Each Chapter is sponsored by one or more Lodges, that provide advisors from their own Lodge membership. These Chapters, throughout the state, are divided into two Districts. Each District has an annual district meeting and all of the Chapters in the State meet annually for a Grand Session which lasts three days. Many workshops, athletic activities and awards programs are held at these District Meetings and Grand Sessions. Also at the Grand Session the Companions participate in the election of new Grand Chapter Officers, a recognition banquet, an awards banquet, sports competition, talent show, oratorical contest, a Coronation Ball and Divine Service.